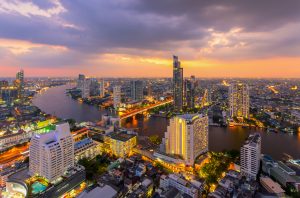 Thailand is beginning to concretely define medical cannabis regulations, as the country looks to refine the legislation which partially legalized the substance in late-December of last year. While preliminary regulations are just beginning to take shape, this week, the Thai government took a definitive stance on who exactly would be allowed to participate in the upcoming industry.

The production, importation/exportation, distribution, and possession of medical cannabis – categorized as a Schedule 5 substance in Thailand – will require a license issued by the Public Health Minister. According to international business law firm, Silk Legal, licenses for Schedule 5 drugs are limited to:

Currently, the abovementioned list is not complete, as the Thai government is currently working to draft and finalize the end legislation. The terms outlined above provide an initial outline of the regulations to be modified in the drafting process for said legislation.

Prospective cannabis businesses looking to the new medical cannabis market in Thailand will face at least one significant obstacle. As of last Monday, Thailand has annulled all of the foreign medical cannabis patent requests submitted. Within 90 days, the Thai Department of Intellectual Property is expected to revoke all pending patents involving cannabis or remove the substance from said patents. The action, which is being attributed to an alarm over foreign industry domination, originated primarily due to the patent requests of GW Pharmaceuticals and Otsuka Pharmaceutical, two large foreign firms based out of the U.K. and Japan respectively.

For individual applicants, if they are determined to fall in categories (2), (3), (4), or (7) (above), they must be Thai nationals domiciled in the Kingdom. Similarly, companies that fall under these categories must be registered and incorporated under Thai law. Additionally, as far as the current legislation can be interpreted, two-thirds of the shareholders and directors in a cannabis venture must be Thai nationals.

Speaking to Reuters, Thai parliamentary member Somchai Sawangkarn clarified the government’s actions, “This NCPO order is beneficial for Thai people across the country because it prevents a monopolistic contract.” Heavy foreign presence in the emerging industry created uneasiness amongst Thai civil and research groups, who feared that foreign firms would limit access to medicine for Thai patients or cannabis to Thai researchers.1

While cannabis has been legalized at varying degrees – either as medicine or recreationally -across the world, the drug has a checkered reputation in Southeast Asia. Until the 1930s, Thailand used cannabis as pain and fatigue treatment. In the modern day, however, drug traffickers can be sentenced to death in Singapore, Malaysia, and Indonesia.

Published on the department’s official website, the Thai Department of Intellectual Property did announce that companies with pending patents may file an appeal for the department to review.

The legislation to legalize medical cannabis is still under review, as all Thai law must be approved by the country’s monarch, Maha Vajiralongkorn (Rama X). A decision is expected within the 90 days of the bill’s passing on December 24, 2018.