Singapore Cryptocurrency Company Looking to Publicly Trade in the U.S. 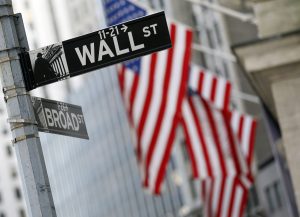 This week, one of the largest cryptocurrency holding companies in the world took a critical step towards publicly trading in the United States. Operating out of Singapore, BTHMB signed a binding letter of intent with Blockchain Industries (BCII), a U.S. holding company specializing in investment and blockchain services.

Rather than choose the more conventional route of an initial public offering (“IPO”), BTHMB and Blockchain Industries’ reverse merger is expected to expedite BTHMB’s access to the public markets. As a result of the company’s merger, BTHMB will be renamed Blockchain Exchange Alliance.

Prior to the merger, Blockchain Industries traded on U.S. over-the-counter (“OTC”) markets, however, Blockchain Exchange Alliance now plans to move upwards. The combined company intends to “up-list,” meaning that it would move away from the penny stocks of OTC markets towards the New York Stock Exchange or Nasdaq.

According to CNBC, Blockchain Exchange Alliance’s immediate goals reach far beyond just bitcoin. During an investor deck, the company stated that they aim to buy and consolidate existing cryptocurrency exchanges across the world; the end result being a worldwide crypto exchange alliance. By the end of 2019, Blockchain Exchange Alliance hopes to have nine exchanges and quadruple that number by 2020.

While cryptocurrency remains hotly debated among financial analysts in the US, both the Intercontinental Exchange (ICE) – parent company of the New York Stock Exchange (NYSE) – and the Nasdaq plan to launch cryptocurrency products in the coming year.