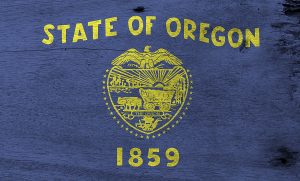 In the 2020 election, Oregon voters demonstrated an overwhelming appetite for drug policy reform. Election results show landslide victories for two groundbreaking measures – one decriminalizing all drugs, and one legalizing psilocybin-assisted clinical sessions. Both measures came to the ballot as citizens’ initiatives, thereby bypassing the state legislature. Both measures also received substantial backing from national drug policy reformers, including the Drug Policy Alliance and Dr. Bronner’s Soaps. Although both measures create profound changes to Oregon law, neither has any effect outside of Oregon or on the federal Controlled Substances Act, which can still be enforced in Oregon.

Measure 110, which passed with over 58% of the vote, removes all criminal penalties for possession of small amounts of all controlled substances under Oregon state law effective February 1, 2021. This represents the first time a U.S. state has removed all criminal penalties for minor drug possession. Possession of 1 gram or less of heroin, 2 grams or less of cocaine or methamphetamine, less than 1 gram or 5 pills of MDMA, less than 40 user units of LSD, less than 12 grams of psilocybin, and less than 40 pills of oxycodone will become non-criminal Class E violations for which the maximum punishment is a $100 civil fine. Further, the fine can be waived by the completion of a health assessment with an addiction treatment professional. Although larger possession amounts will remain criminal offenses in Oregon, Measure 110 also reduces all possession-only controlled substance offenses (i.e. those not associated with distribution, manufacture, or other commercial activity) to misdemeanors carrying potential penalties of less than 1 year in jail, a $6,250 fine, or both.

In order to provide widespread addiction treatment services instead of criminal enforcement, Measure 110 requires that a significant portion of Oregon’s marijuana tax revenue be redirected to fund the establishment of at least one addiction recovery center in each coordinated care organization service area in the state. Even more significantly, all services provided by such centers will be free of charge to patients (though centers may seek reimbursement from insurance providers) and must be evidence-informed, trauma-informed, culturally responsive, patient-centered, non-judgmental, and centered on principles of harm reduction. The Oregon Health Authority (“OHA”) will oversee the implementation and operations of these centers, which must be operational by October 1, 2021 (with telephone addiction recovery centers being operational by February 1, 2021).

Proponents of Measure 110 argue that it will actually save Oregonians money by reducing the enormous resources currently being consumed by criminal drug enforcement, and will humanely treat drug addiction as a health issue instead of a criminal offense. Opponents argue that crime, addiction, and adverse public health consequences will increase. All evidence points to the former being the result of such sensible drug policies, as evidenced by the results in places like Portugal.

Another groundbreaking measure, Measure 109, which passed with approximately 56% of the vote, directs the OHA to develop a regulatory regime to allow the manufacture, sale, and use of psilocybin, the psychoactive component found in certain species of fungi, at licensed psilocybin clinics during sessions administered by a licensed psilocybin service facilitator. Psilocybin will not be available for general sale anywhere in the state. No licenses will be issued and no legal changes will occur for two years, during which period the OHA will develop the psilocybin regulatory regime based on public health and safety standards, industry best practices, education, and training. 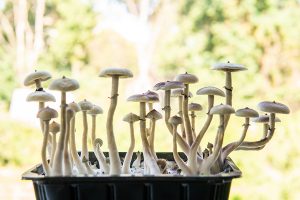 Upon the expiration of the development period, adults over 21 may legally participate in psilocybin sessions at licensed facilities. Although Measure 109 was largely aimed at providing alternative treatment options for individuals with depression, addiction, anxiety, PTSD, and terminal illnesses, a medical diagnosis is not required to participate in a psilocybin administration session. Individuals will be screened for eligibility, and may not be allowed to consume psilocybin if suffering from certain disorders that could be negatively affected by consumption of psilocybin, such as schizophrenia.

All psilocybin products must be lab-tested, meet specific packaging and labeling requirements, and be taxed at 15% of the retail sales price. Tax revenue generated from psilocybin operations will be used to pay the operating costs of the state regulatory regime.  Although psilocybin manufacturers and administrators must hold a valid license from the OHA, they are not required to be licensed physicians. The OHA will be responsible for issuing licenses and enforcing all applicable licensing regulations. Local jurisdictions are prohibited from establishing their own psilocybin licensing regimes or imposing their own psilocybin taxes or fees, but may implement reasonable regulations on the operation of psilocybin establishments and may seek voter approval to either allow or prohibit psilocybin facilities within their jurisdictional boundaries.

Proponents of Measure 109 argue that it will provide new healing alternatives to individuals suffering from debilitating mental trauma, such as veterans, and will also provide a unique opportunity to those seeking a transcendental or spiritual experience within a safe setting. Despite recent increases in psilocybin research that have shown promising results, such as that at Johns Hopkins University, opponents contend that science does not yet indicate whether psilocybin is sufficiently safe for human consumption and thus that Measure 109 will essentially treat Oregonians like lab rats.

Altogether, only time will tell whether Oregon Measures 110 and 109 will constitute landmarks in the continued dismantling of the War on Drugs, or whether they will merely amount to failed state-level experiments due to the lack of broader sensible drug policy reform at the federal level. In any event, our firm is strongly encouraged by the robust show of support for drug policy reform that these Measures represent, and we strongly encourage citizens of other states to follow Oregon’s lead on this important issue.  At best, the War on Drugs has been an abject failure if not a crime against humanity.

If you have further interest in either of these Measures and the opportunities they may provide, we welcome you to contact us.