The New York Times just published an article on cannabis banking. RLG founder Dave Rodman spent hours on the phone during the summer of 2017 explaining the realities of the cannabis industry and the available banking options to the article’s author, Mr. Robb Mandelbaum. 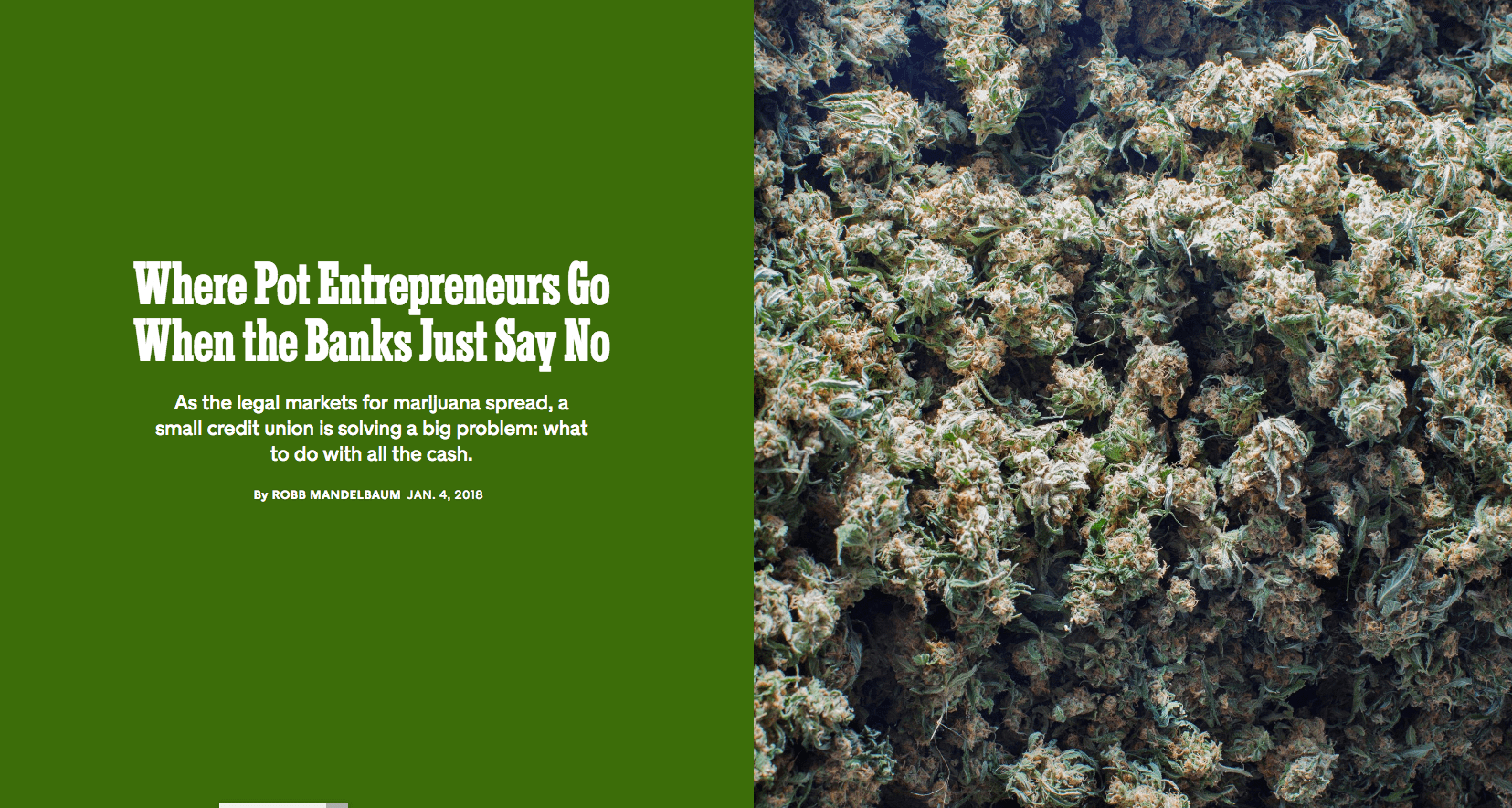 “I was more than happy to take time to discuss the unique and crazy situations that my clients and their peers face everyday in this industry,” Mr. Rodman said. “And I am even more happy that Robb sanitized some of my more… passionate tirades on the subject! I can definitely get worked up a bit  when explaining this complex and crazy thing that is the cannabis industry to people unfamiliar with the the situation. It reminds me that my level of ‘normal’ has been skewed significantly by my work. Crazy and complex are now my baseline.”

Mr. Rodman says that while he wasn’t quoted directly, a good thing in his view,  this quote is almost exactly how he described the situation on the ground to Mr. Mandelbaum verbatim: “Wells Fargo… [was one of] the first to abandon the field. Local banks followed, though a handful continued to serve some marijuana businesses discreetly. A game of cat and mouse ensued: Businesses would open an account under an innocuous-sounding name; after a few months of large cash deposits, the bank would investigate and close the account. When bankers noticed that currency from marijuana business reeked, enterprising owners began spraying it with Febreeze.”

“I described the situation the same way I lay it out for new clients,  there are basically three ways to approach the situation. They are, in order from least secure to most secure: ‘Don’t ask Don’t Tell,’ ‘Form a special relationship with a trusted banker at a regional bank’ and the ‘Safe Harbor Approach’ (i.e. pay out the nose for it).”

Everyone at RLG is ecstatic that Mr. Mandelbaum got this piece published, as it draws attention to a major issue for the industry at a time when things are looking a little less shiny and the carnival act that is the Trump administration, along with its various side shows, is sending shivers through the industry.

And while Safe Harbor has, sadly, had to put new accounts on hold, Mr. Rodman has been hard at work developing alternative solutions for clients of his firm. He has already secured a relationship with a private bank that will allow the clients of RLG to have priority as to their application, and he is very close to rolling out an entirely new solution that will not only allow cannabis companies to bank in any state where cannabis is legal, but will also have fundraising capabilities as an intrinsic function of the service.  Dave is hoping to make a preliminary announcement by the end of the month and foresees a paradigm shift in regards to financial practices in the legal cannabis markets.

We highly recommend (no pun intended) that you read Mr. Mandelbaum’s article. You can do so here.