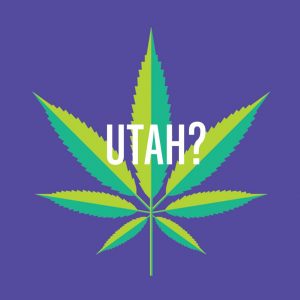 Regardless of the results of the upcoming November vote, the Utah state legislature will hold a special session after the election to provide medical marijuana to patients, although Buzzfeed reports that it will be “by way of a stricter framework than other states have used.”

The compromise will provide access to medical cannabis for medical cannabis patients after years of being denied treatment, and for those who oppose the proposition, it will place strict control on medical use (far stricter than in other states with legalized medical marijuana). Governor Herbert indicated that both sides both share the common goals of providing pain relief while also placing significant import on keeping marijuana out of the hands of those who are not legally entitled to its consumption.

“Today we have a group of people who’ve come together to help create a better policy than exists in Proposition 2, which will provide for us to have access to safe cannabis-based treatments and really a framework for true medical marijuana use,” said Governor Herbert, speaking at a press conference.

He also expressed concerns that Proposition 2 didn’t go far enough to prevent abuse of the medical marijuana system. He said, “These concerns are legitimate, and they needed to be addressed.”

The Church of Latter Day Saints, or the Mormon Church, opposes Proposition 2 because the church opposes drug use by its members. Speaking on behalf of the Mormon Church, Elder Jack Gerard said that the church would scale back campaigns against the Proposition after they had reached the compromise. The Mormon Church is finding itself increasingly at odds with voters in the state, who, as of March of this year, overwhelmingly favored legalizing medical marijuana (77%).

Elder Gerard said, ” We believe it creates a framework that is good for patients, their caregivers, is good for children, and in our mind, that’s good for Utah.”

Utah Patients Coalition Director DJ Schanz supported the compromise, saying, “You aren’t criminals. You’re our brothers and sisters, and I’m happy we can start this process to move that forward.” He indicated that patients will no longer have to wait for additional legal challenges, and that patients have already waited far too long for access to medical marijuana in the state.