Generally law firms try not to take political positions. This firm is not a typical law firm. We believe that the situation in Washington D.C. is unprecedented and is a danger to our country, our democracy, and our place in the world. Please join us in advocating that the Trump Administration be held accountable for its actions by contacting your senators and demanding that they vote ethically and that they uphold their respective duties to the Constitution, and their duties to you, their constituents. By publicly stating that he would coordinate with White House counsel, Mitchell McConnell has already indicated that he is planning on violating his oath as a Senator to be impartial in an impeachment hearing. This is unconscionable. Partisanship must stop somewhere. The Senators for Colorado are Cory Gardner and Michael Bennet. I sent them these letters on December 13, 2019. We urge you to contact your Senators as soon as possible. Apathy can easily be the death of freedom.

I am writing to you today in the hopes that I might appeal to your conscience and duty as representative of the great state of Colorado. I am not generally in the habit of contacting my representatives in the Senate, but I feel that it is my obligation to do so given the circumstances. I have not been a supporter of you or your policies, however, there are a few matters in which I have found that our views have been aligned, specifically some of the stances you have taken related to our state’s legal cannabis program. I am hoping that this letter may cause us to be aligned in another far more serious issue.

Senator Gardner, in the next few weeks you will have the opportunity to make a decision that will impact every single American and a large percentage of the world’s population. I am speaking of course of the impeachment hearing for Donald Trump.

Mr. Trump, at his core, has no values or morals, and what he represents is contrary to everything for which the Democratic Party, the Republican Party, and general American decency stands. Through some twist of awful partisanship, the GOP has failed to recognize the moral and legal shortcomings of the I am asking you today to break with the cult-like adoration for this criminal president. Do not vote in lockstep with your party, but rather with wishes of the majority of the people of this country and – more importantly for you – the majority of your constituents here in Colorado.

Until the revelations brought to light in the Ukraine scandal, Donald Trump could have been described, at best, as an incompetent bully who has wasted hard-earned foreign policy capital and made us a laughingstock in the international community while simultaneously squandering our status as a global hegemon. Now it is clear that Mr. Trump has actively put his own interests ahead of those of the American people in contravention of the Constitution and everything good and ethical in this country and has committed treason. It is astonishing to me to witness the mental gymnastics that your party has gone through to justify the actions of a man who can only be described as a criminal.

Senator Gardner, I have never voted for you, but if you were to show moral fortitude and regard for your country and vote to impeach this criminal president, I guarantee you that you would have my vote – a lifelong liberal – despite the fact that I disagree with most of your policies. This matter is so important that I would gladly support you, should you choose to do the right thing, and I am certain that there are many, many Coloradans that feel similar to myself.

Mr. Trump is tearing this country and this planet apart. He consistently acts in his own interest and, frankly, on the side of evil whenever given the opportunity. It is time for you and your fellow Republican senators to come to terms with this, much as in the way those famous Republican Senators and Congress members did in Nixon’s Era.

In the short term, this may be a setback for your party and I acknowledge that. But history shows us that those in this country who have stood against tyranny are memorialized as heroes, while those who have endorsed tyranny or simply ignored it, have been remembered as villains. Senator Gardner, I am asking you to cast a vote for good and righteousness and to be counted as one of those heroes when future generations look back at this sordid period in our country’s history.

Do what’s right for our country. Do what’s right for Colorado. Make it clear to the world that no one in this country is above the law. Senator Gardner, I ask you to cast your vote to impeach Donald Trump and Mike Pence for their actions during this issue with Ukraine and virtually every other scandal that has erupted from this White House. 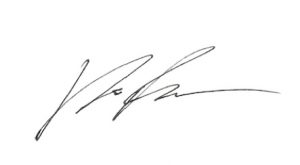 I hope this letter finds you well. I believe this message is probably superfluous, but as I just wrote your colleague, Senator Gardner, to urge him to impeach President Trump and Vice President Pence, I felt it would be worthwhile to contact you in order to better demonstrate my support for what I believe to be the most important vote that you will ever make as a U.S. Senator.

I do not need to tell you of the crimes and misdemeanors committed by Donald Trump, Mike Pence, his administration, and those around him as I know you are aware of them. I am also virtually certain that you will vote to impeach this criminal administration. That said, I am guessing that many of your constituents have previously viewed this much in the way that I have and assumed that you would vote with honor and do the right thing, but in that assumption, it is possible that not enough support for this position has been expressed to you.

To reiterate, I have no doubt that you are planning on voting to remove Donald Trump and Mike Pence, Senator Bennet. I wanted to take the time to let you know that I am behind you, your party is behind you, the citizens of Colorado with any sense of moral compass are behind you, and that American history has a way of remembering those who stood up to tyranny and oppression as heroes while remembering those that failed to do so as villains. History will remember you as a hero as you cast your vote.

I realize the coming days and months will be difficult, but I wish you my best. I want you to be comfortable and take solace in the fact that voting to remove this treasonous president and his administration is the single most important thing that you can do as a steward of our great democracy.