On July 22, 2019, the United States Food and Drug Administration (“FDA”) sent a Warning Letter (the “Letter”) to Curaleaf, Inc. notifying the company that FDA considers several products Curaleaf sells on its website, specifically its  “CBD Lotion,” “CBD Pain-Relief Patch,” five versions of its “CBD Tincture,” and five versions of its “CBD Disposable Vape Pen,” to be “unapproved new drugs” and that FDA considers three versions of Curaleaf’s “Bido CBD for Pets” to be “unapproved new animal drugs” because such products contain cannabidiol (“CBD”) and are advertised in connection with claims of a medical nature. The Letter warned Curaleaf that marketing and selling the cited products is a violation of the federal Food, Drug, and Cosmetic Act (“FD&C Act”) because the products have not been approved by FDA as new drugs. In coming to its conclusions in the Letter, FDA relied heavily on content provided by Curaleaf on its website and Facebook and Twitter accounts. 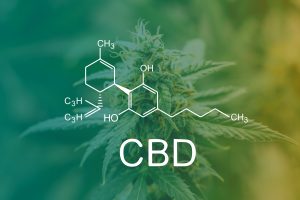 FDA has previously issued multiple CBD-related Warning Letters, but this Letter is particularly instructive in addressing issues and misconceptions endemic to both the CBD industry and the greater dietary supplement market generally. The Letter also provides insight into FDA’s current views on the CBD industry. Similar products to those cited in the Letter are currently being sold by countless CBD retailers across the country.

First, the Letter reiterated FDA’s long-standing position that when distinguishing between dietary supplements, foods, and drugs, intent is a major factor in FDA’s analysis. After listing claims made on Curaleaf’s website and social media accounts[1], FDA concluded that the “‘CBD Lotion,’ ‘CBD Pain-Relief Patch,’ ‘CBD Tincture,’ and ‘CBD Disposable Vape Pen’ products are drugs under the FD&C Act because they are intended for use in the diagnosis, cure, mitigation, treatment, or prevention of disease.”[2] Put simply, no manufacturer, distributor, or seller can make claims of a medical nature while marketing a product as a dietary supplement. This analysis applies to all dietary supplements, and it is a regulation that the nutraceutical industry regularly flouts (often to the detriment of consumers).

Second, the Letter specifically cited claims made about the conditions Curaleaf’s products purportedly could “treat” and stated that because “CBD Lotion,” “CBD Pain-Relief Patches,” “CBD Tinctures,” and “CBD Disposable Vape Pens” are not generally recognized as safe and effective treatments for the conditions advertised, such products must be deemed to be  “new drugs” under the FD&C Act. New drugs cannot be legally introduced into interstate commerce without prior approval from FDA. In the case of CBD, FDA has not granted approval to any drug product besides Epidiolex, with such approval limited to treating two specific seizure disorders. This analysis also applies to all dietary supplements and unfortunately is also frequently unheeded by the nutraceutical industry.

Third, the Letter indirectly identified issues seen often in the nutraceutical industry. There is a common misconception that the dietary supplement exemption (which permits the nutraceutical industry to exist) applies to cosmetics and to animal products. It does not. There is no “cosmeceutical” product category nor is there a dietary supplement category for animals. The Dietary Supplement Health and Education Act of 1994 (“DSHEA”) is limited in scope to ingestible products (other than tobacco) intended for human consumption. In the Letter, FDA stated that because the “CBD Lotion’s” labeling claimed it is intended to be applied directly to the skin, the “CBD Pain-Relief Patch’s” labeling stated that it is intended to be applied to the body for transdermal use, and the “CBD Disposable Vape Pen’s” labeling stated that it is intended for inhalation, the products were not intended for “ingestion” as defined by the FD&C Act and therefore cannot be considered to be dietary supplements. Similarly, animal products cannot be sold as dietary supplements. They are either classified as animal food or animal drugs. In the Letter, FDA considered the “Bido CBD for Pets” products to be unapproved new animal drugs because those products were intended for use in the mitigation, treatment, or prevention of diseases in animals, which means they must be considered drugs under the FD&C Act. For an animal drug to be marketed legally, such drug must have an approved new animal drug application, a conditionally approved new animal drug application, or an index listing under Sections 512, 571, and 572 of the FD&C Act.

Lastly, the Letter reiterated one the most important reasons that FDA cannot currently permit CBD to be sold as a dietary supplement. Under Sections 201(ff)(3)(B)(i) and (ii) of the FD&C Act, if a substance (in this case CBD) is an active ingredient in a drug product that has been approved (such as Epidiolex), or has been authorized for investigation as a new drug for which substantial clinical investigations have been instituted and for which the existence of such investigations has been made public, then products containing that substance are prohibited from being defined as a dietary supplement. This provision of the FD&C Act is the single biggest obstacle to the burgeoning CBD dietary supplement industry, and it is not clear how FDA would be able to get around this prohibition even if it wanted to (although this firm has a few ideas).

While the Letter echoes FDA’s previously stated position on CBD products, basically that all ingestible CBD products (other than Epidiolex) violate the FD&C Act and that cosmetic or other topical CBD products may violate the FD&C Act if they are advertised as being intended to diagnose, cure, treat, or prevent any disease or other medical condition, the Letter is especially significant because Curaleaf is one of the most valuable publicly-traded cannabis companies in the U.S. Following issuance of the Letter, shares of Curaleaf dropped as much as fifteen percent (15%). Accordingly, while much of the CBD industry currently operates in spite of FDA’s stated position on CBD, the Curaleaf Letter shows that no CBD retailer, no matter how big, is insulated from the possibility of an adverse enforcement action by FDA.

Given this major development, it is imperative that any operator in the CBD space engage competent counsel to ensure it is not promoting content or marketing products that run afoul of the FD&C Act. While a warning letter might not sound harsh, a warning letter is often the death knell of a CBD business. The recipient of a warning letter is required to respond to FDA, usually within fifteen (15) business days, to either (i) explain in detail how the alleged violations have been remedied and also what steps have been taken to ensure no future violations occur or (ii) to dispute FDA’s position that the violations identified are actual violations of the FD&C Act. Given FDA’s current position on CBD products, the practical reality is that most operators will not be able to successfully accomplish either option, and therefore will be forced to shut down or else face more serious legal action including seizures, injunctions, or even criminal prosecution.

In responding to the Letter, Curaleaf stated that it immediately began reviewing all of its digital content and removing statements identified by FDA as noncompliant, such as Curaleaf’s blog, third-party links, and social media content (in coming to its conclusions about Curaleaf’s products, FDA relied heavily on content provided by Curaleaf on its website and Facebook and Twitter accounts). Curaleaf also noted that several of the products cited by FDA had already been discontinued. It remains unclear whether this response will satisfy FDA, though all CBD industry participants would be wise to play close attention to how this drama ultimately unfolds.

While FDA’s current position appears largely at odds with the blossoming CBD industry, there have been some encouraging indications that the status quo may change. FDA held a public hearing on May 31, 2019, in which Dave Rodman participated, and also collected written public comments regarding CBD products (the deadline to submit comments passed on July 16, 2019). Although FDA has not indicated that its current position will change, it has hinted at the possibility of exploring avenues to allow CBD retailers to operate lawfully within the confines of the FD&C Act. That said, no change is guaranteed, and FDA has not even provided a deadline by when it will decide either way. In the meantime, CBD retailers may be operating largely at their own peril. If you operate, or wish to operate, in the CBD industry we encourage you to contact us.

[1] Many of which were egregiously authoritative, such as “CBD has also been shown to be effective in treating Parkinson’s disease,” “CBD has been linked to the effective treatment of Alzheimer’s disease,” “CBD is being adopted more and more as a natural alternative to pharmaceutical-grade treatments for depression and anxiety,” “CBD was effective in killing human breast cancer cells,” and “CBD Can be a powerful ally if you’re suffering from chronic inflammation and pain.”