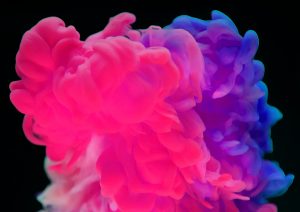 “Exploring these issues are paramount to solving the healthcare crisis,” the 30-year-old representative tied his proposed bills to healthcare reform alternatives while speaking to web publication Marijuana Moment. “There’s so much potential for research and clinical applications. I hope we can empower and trust patients to make their own best decisions.”1

Shipley’s efforts mark one of the first occasions that a lawmaker, rather than advocacy group, has interacted with non-cannabis drug policy reform at a legislative level. Speaking to Marijuana Moment, a representative for the Multidisciplinary Association for Psychedelic Studies (“MAPS”) stated that they were unfamiliar with any comparable state legislation, except in instances of state funded research or programs centered on ibogaine’s potential treatment for opioid abuse. 2

Scientific research on the benefits of psychedelic substances has increasingly become a focus for clinical trials related to addiction and mental health disorder treatment. In 2017, MAPS submitted comments to the President’s Commission on Combating Drug Addiction and the Opioid Crisis recommending federally funded research and development of ibogaine as clinical opioid abuse treatment. Looking forward, the organization is conducting clinical trials to assess the benefits of MDMA paired with psychotherapy sessions in treating PTSD. Even Johns Hopkins University has developed the Johns Hopkins Psychedelic Research Unit, which has conducted two separate studies on psilocybin, the first as treatment for clinical depression, and the second as an aid to combat cigarette addiction.

Rep. Shipley’s announcement does suggest a changing environment for drug policy reform no longer limited to cannabis. In October of 2018, House Judiciary Committee chairman, Rep. Jerrold Nadler (D-NY), stated in an interview, “From everything we have learned, people are going to do drugs. And certainly the softer drugs like marijuana, there’s no good reason at all that they cannot be legalized and regulated properly.”3 For Iowa, Democrats have suggested a more open attitude towards expanding legalization to more substances, with their 2018 Statement of Principles echoing elements of restorative justice for non-violent convictions and decriminalization.

While it is too early to assess the likelihood of Shipley’s legislation passing in Iowa, it is not expected to be an easy task. GOP lawmakers in Iowa have actively worked to oppose legislation to legalize cannabis, adding to the novelty of Shipley’s proposed bills.