The Rodman Law Group has been providing legal counsel to the industrial hemp industry since 2014. During that time, we’ve assisted clients to grow their businesses, apply for licensing, and assisted with regulatory compliance for all of their business endeavors.

If marijuana is Colorado’s modern-day gold rush, then industrial hemp is its modern silver boom. Just as gold drew the first prospectors to Colorado in 1858, Colorado’s progressive stance on cannabis captured the attention of the nation. However, as many Coloradans know, it wasn’t gold that made the state famous and prosperous, it was the Silver Boom. At The Rodman Law Group, it is our belief that the cutting edge of the cannabis industry (not just Colorado but across the country) is industrial hemp, and like the silver boom that followed the gold rush in Colorado, it is in industrial hemp that the largest fortunes will be made.

Thanks to many years of misinformation, there are many falsehoods and untruths surrounding industrial hemp. One of our core goals is to shatter these myths and facilitate education and disseminate the truth about this amazing crop. We are striving to accomplish these goals by providing the most up to date information on the subject to our clients and by speaking and writing about the subject as frequently as possible.

What’s the Difference Between Marijuana and Hemp?

The first question most people usually ask when discussing industrial hemp for the first time is “How is it different from marijuana?” 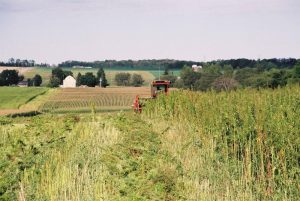 What are the Applications of Industrial Hemp?

Some of the things that you can do with industrial hemp are: 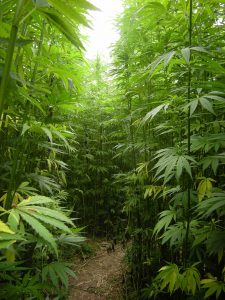 There has never been a crop as versatile as hemp, and with Colorado leading the shift towards legality at a nationwide level, industrial hemp is poised to revolutionize industries as diverse as medicine, energy, and heavy manufacturing. The Rodman Law Group has the regulatory know-how, the requisite legal skill, and the unbridled passion for the industry to help those with the vision make a significant impact in industrial hemp, an impact that could change the world. We can provide your business with the insight and knowledge that you need to be successful in the industry while providing focus on compliance with all state and local laws.

Whether you’re curious about a CBD business, want to grow industrial hemp, or want to learn more about the rapidly expanding non-THC cannabinoid industry, we are here to offer insight, guidance, and legal services. Contact us today to schedule a consultation so we can learn more about your business plans and assess the best path forward!