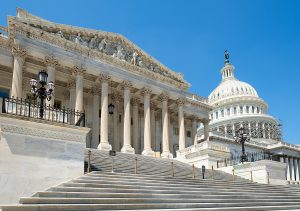 On Friday, December 4, the U.S. House of Representatives approved yet another landmark piece of cannabis legislation, H.R.3884, or the MORE Act of 2019 (“MORE Act”), which aims to decriminalize cannabis at the federal level.

Passed in a 228-164 predominately party-line vote,  the MORE Act would decriminalize cannabis by removing the plant from the Controlled Substances Act (“CSA”). By taking cannabis off of the CSA, a broad range of federal services and privileges – previously denied to the industry on the grounds of their involvement with a federally illicit substance – would become available.

The bill now awaits a decision from the Senate, which, with a Republican majority, does complicate the likelihood of further success. The GOP controlled Senate has already stalled this year’s first landmark piece of cannabis legislation, the SAFE Banking Act, passed by the House in September of 2019.

Regardless of the outcome, national interest in cannabis is reaching new heights. Last month’s election added Arizona, Mississippi, Montana, New Jersey, and South Dakota to the growing list of states that allow either medical or recreational cannabis.

The Rodman Law Group will continue to monitor the progress of these milestone bills.

Read our full analysis of the MORE Act here.