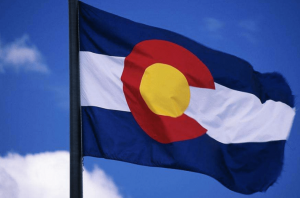 This November, voters in four Colorado cities – Littleton, Lakewood, Broomfield, and Buena Vista – will have the opportunity to legalize cannabis sales in each locality.

Although Colorado broadly legalized cannabis with Amendment 64 in 2012, a key provision of the amendment allows for local jurisdictions to choose whether or not to allow cannabis sales. As such, Lakewood, Littleton, Broomfield, and Buena Vista residents will decide whether or not to permit recreational cannabis within their borders, while Broomfield’s vote may allow cannabis businesses in the city starting as soon as 2021.

One of the most compelling arguments for further local legalization has been the potential tax benefits. While medical marijuana sales are subjected to a 2.9% state sales tax, the rate for recreational cannabis is substantially higher at 15%.

“Currently, Lakewood residents who are purchasing adult-use cannabis are doing so in Denver, Edgewater or other surrounding communities,” owner of Ascend Cannabis Co. Scott Embree told Westword late this summer. “We estimate Lakewood loses millions of tax dollars each year to those communities annually.”1

In Littleton, owners such as Stan Zislis, co-founder of Silver Stem Fine Cannabis argue that legalization is long overdue for the city so close to other legal recreational cannabis jurisdictions, stating, “We already have recreational marijuana here because they bring it back, it’s just that the tax revenue is taking a detour around Littleton and there’s really no reason for it.”2

Three of the local ballot initiatives appear to be significantly influenced by Ascend’s statewide dispensary chain, which has locations in Buena Vista, Lakewood, and Littleton. According to Westword, Ascend provided financial backing to the local campaigns in Lakewood and Littleton, while employing a public-affairs firm to lead the Lakewood initiative.3

For Broomfield, however, the initiative seems to be a long-overdue response to the Amendment 64 vote in 2012, when 53% of residents voted in favor, yet Broomfield City Council moved to place a moratorium on cannabis businesses.4

Should the various ballot initiatives pass, it will be each individual jurisdiction’s responsibility to establish rules for local cannabis businesses, including, but not limited to whether to set limitations on the number of dispensaries allowed, permitted hours of operation, and zoning restrictions.