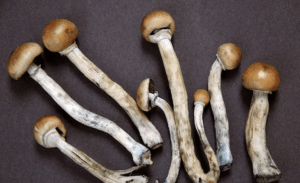 Colorado may soon have another opportunity to reform drug policy – this time, with psilocybin mushrooms. Activist group Decriminalize Denver has announced that they have gathered enough ballot petitions for the opportunity to vote on the decriminalization of psilocybin mushrooms in the upcoming May Municipal General Election. Surpassing the 4,726 signatures needed in order to make the ballot, the group has reportedly received over 8,000 signatures, which were submitted to the elections office Monday for further review.

Decriminalize Denver’s proposed initiative advocates for the use and possession of psilocybin mushrooms to be decriminalized for adults over the age of 21. While the initiative does not include the option of recreational use or cultivation, it does prohibit the use of city funds to enforce criminal penalties, as well as significantly reduce the drug’s priority within law enforcement agencies.

Psilocybin mushrooms are currently listed by the FDA as a Schedule I drug, due to the lack of “currently accepted medical use,” as well as “a high potential for abuse.” Decriminalize Denver, however, has cited studies on psilocybin potential medical benefits from sources such as Journal of Psychopharmacology, US National Library of Medicine, and Public Library of Science One Journal. In their proposed initiative, the group claims that the decriminalization of psilocybin mushrooms could counteract prescription drug abuse, as well as reduce criminal behavior, psychological distress, and suicidal thoughts.

Decriminalize Denver is not the only group that hopes to reveal the potential scientific benefits of psilocybin. Organizations such as the Multidisciplinary Association for Psychedelic Studies (“MAPS”) actively support the careful research and study of psychedelic substances like psilocybin to better assess their scientific risk and benefits. MAPS’s mission as a non-profit educational and research organization is to develop, “medical, legal, and cultural contexts for people to benefit from the careful uses of psychedelics and marijuana.”

Research on psilocybin’s medical contributions in the US has been limited due to the FDA’s classification as Schedule I drug. In August of 2018, the FDA issued approval for a life sciences company, COMPASS Pathways, to begin clinical trials on treatment-resistant depression using psilocybin.

Similar psilocybin decriminalization initiatives have recently appeared across the country. Last year, advocates in California attempted to push the “California Psilocybin Mushroom Decriminalization Initiative (2018),” however, it did not receive enough signatures to qualify for the ballot. Oregon has also seen psilocybin advocacy as local activists are hoping to include the matter in the 2020 elections.

Looking abroad, psilocybin’s legality is ambiguous, varying on possession, sale, transport, and/or cultivation. Austria, Spain, Brazil, the Netherlands, Czech Republic, Italy, and Portugal are among some of the countries that have decriminalized psilocybin.

The Denver Elections Division has until early February to verify the roughly 8,000 ballot petition signatures.