DeFi: What Is It and Why It Is Important

The following article is the first in a series of guest posts by Ben Lakoff. Mr. Lakoff is an entrepreneur and finance professional. He has a wide area of expertise including raising capital, corporate finance, investing, and start-up strategy. The content of this post is not intended as legal, investment, or tax etc. advice and is intended for educational purposes only. You can read more articles by Mr. Lakoff here. 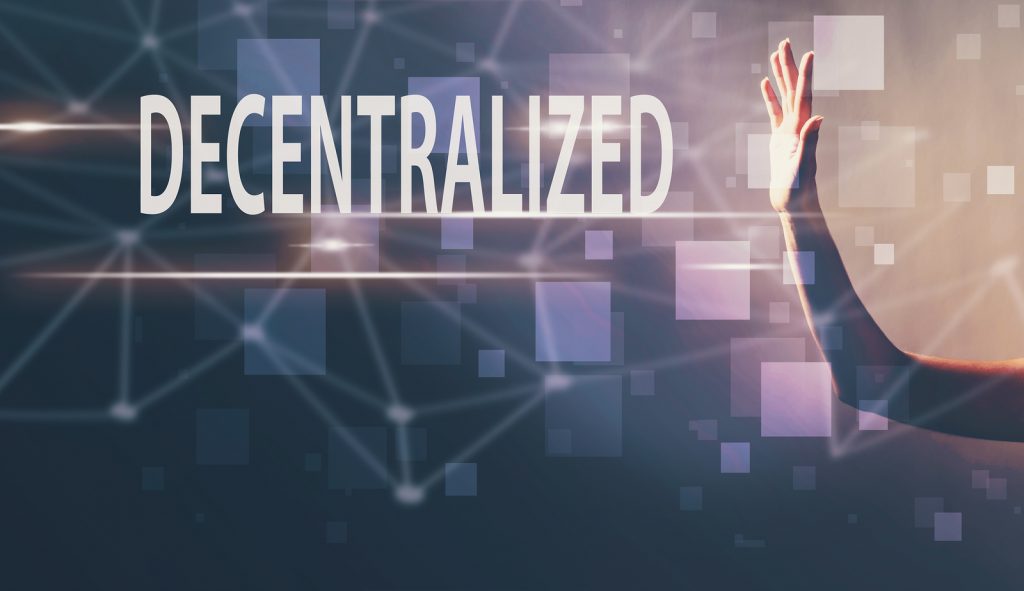 DeFi, or Decentralized finance  is a movement to create a new decentralized financial system that is built on public blockchains like Bitcoin and Ethereum. Although BTC and ETH are often only used for trading/speculating as a new emerging alternative investment, these are more than just digital currencies as they have many other use cases.

The underlying blockchains on which these popular cryptocurrencies are built are foundational open-source network that can be used to build many exciting new things – offering the ability to drastically alter how the global economy works. These blockchains are public, transparent, permanent, permissionless, trustless, censorship resistant, and programmable, which are incredibly makes them both incredibly novel and hugely appealing when compared to traditional financial systems.

The financial system is the center of most economies. Financial systems enable individuals to exchange value, store wealth and take on credit.

Currently, for most of us, the financial system allows those included to easily:

• Exchange Value. Debit cards, credit cards and digital banking apps allow us to easily exchange currencies for goods and services.
• Store Wealth. Bank accounts allow us to save money and earn (currently very low) interest on those savings.
• Utilize Credit. Banks and other lenders give individuals and businesses access to capital (loans) allowing the economy can grow at a faster rate.

These services are fundamental to existence in the modern world, so it is no surprise how important these systems are for an economy. In the US, in 2017, finance and insurance represented 7.5% (or $1.45 trillion) of U.S. gross domestic product. Despite having such an important role in the economy, traditional financial systems have significant issues and are rife with abuse and inefficiencies. Many of these issues stem from common pitfalls including:

Lack of transparency and counter-party risk have led to many of the economic disasters throughout history, but perhaps one of the most unfair and largely unaddressed of these issues is unequal access to financial systems in the first place. The World Bank estimates that over 1.7 billion people worldwide do not have access to bank accounts or financial institutions of any type. Without access, roughly 1/6th of the human race is disconnected from formal financial systems, and makes day-to-day living MUCH more complicated as well as having the structure in place to allow them to build up their assets.

The Potential of Decentralized Finance

Even though DeFi is growing quite rapidly, the traditional finance sector is a behemoth that will not be supplanted anytime soon, so we can expect to be ruled by centrally governed by banks and other financial institutions for the foreseeable future.
“Is that so bad?” one might ask. The more important question is “How would you know if it was bad?” Admittedly we know and (theoretically) trust these centralized institutions to make good decisions with our money, but it’s not like we have had any alternatives to compare them to thus far in modern history, and after the financial crisis of 2008 it’s pretty hard to say these institutions have good track records.

So all that being said, another way to talk about DeFi is to think of it as the first real, (potentially) viable alternative to these traditional financial systems. An alternative that is inclusive, puts the control in the hands of the users, and is centered around trust and (mostly open-sourced) code.

How DeFi Can Have a Significant Impact on the World 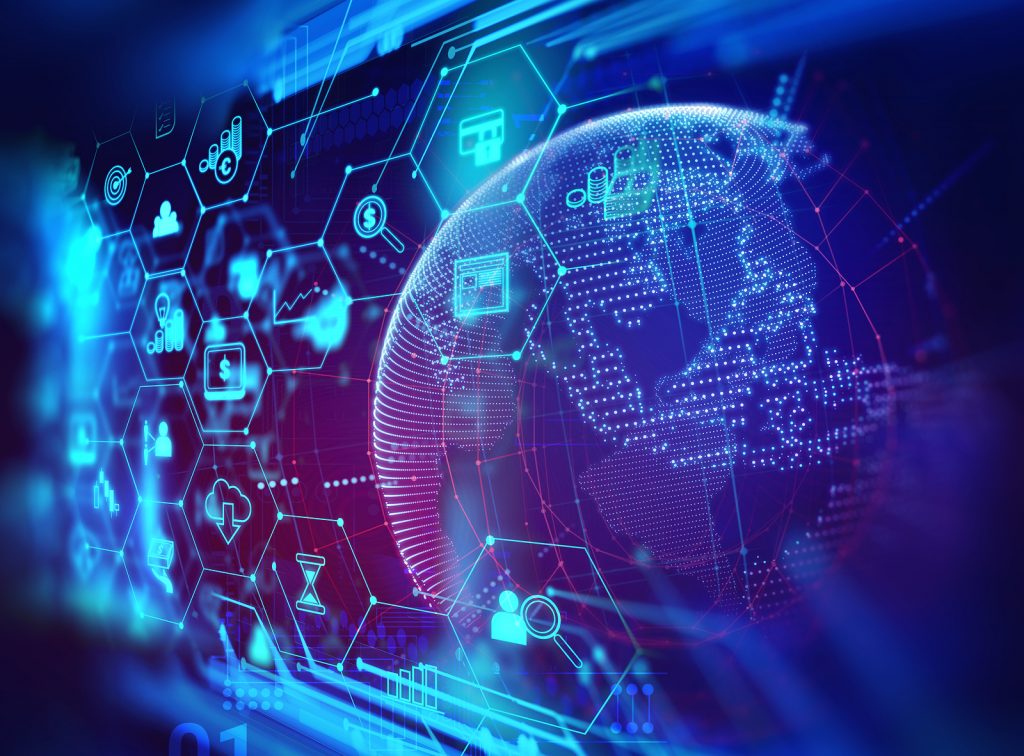 This is huge. The vast majority of people living in developed countries generally take financial access for granted. However, about 1.7 billion adults remain unbanked—without an account at a financial institution or through a mobile money provider. This is improving, but still a very large number (in 2014 that number was 2 billion). Through the application of DeFi, anyone with access to an internet connection could access financial services. No individuals can be denied service based on who they are, where they are born, or how much money they have.

This is also a huge benefit that many people in developed nations might not recognize the importance of as sending money back home to relatives is largely the realm of lower income immigrants and large dollar value transactions are traditionally the purview of a select group of people working in international finance. There is a vast (and expensive) network of intermediaries that are involved in such transactions. Decentralized finance has the potential to completely remove these costly intermediaries, allowing remittance services to be much more affordable and efficient for the global population.

With DeFi, users have custody of their wealth and can transact securely without validation from a central party. In a DeFi system, financial data like, say, financial records of publicly traded businesses, or a bank’s entire balance sheet, or government contract awarding process and budget projections can be made accessible via a completely transparent (and easily audit-able) public blockchain.

There’s no Central Party (like governments, central banks, or big corporations) able to reverse the order of transactions and deem a validated transaction invalid at some later point in time. There is no Central Party that can turn off the service. Transactions are immutable and blockchains can’t be shut off in a decentralized financial system. Anyone with access can use a decentralized network, because they are the decentralized network.
In countries with poor governance, corruption, and/or an authoritarian regime, users can move to a decentralized financial system to protect their wealth. For example, Venezuelans are already adopting Bitcoin to protect their wealth from government manipulation and hyperinflation.

5. Ease of Use and Frictionless Transactions

A fundamental goal of DeFi is to move conventional/traditional financial tools to a blockchain. The majority of these DeFi applications (apps) are being built on large public blockchains like Ethereum.

It is still very early. Even though many of the DeFi applications are still a less-than-ideal choice compared to more traditional alternatives for many people. The DeFi movement is being built with a focal point on the elimination of the need for trust – not performance. When a decentralized trustless alternative financial system is even somewhat widely adopted, the performance issues will be worked out.

ATTENTION: The content of this post is not intended as legal, investment, or tax advice. You should not treat any information on The Rodman Law Group’s blog as a suggestion to make any particular investment, execute an investment strategy, or make a decision regarding cryptocurrency or any other asset class. We strongly urge our readers to seeking advice from their own financial, investment, tax and/or legal advisor prior to making any financial decisions or making any investment. Accordingly, neither The Rodman Law Group nor anyone contributing content on this blog is responsible for any loss, damage, or inconvenience caused as a result of reliance on information published on, or linked to, this post or this website. Additionally, while The Rodman Law Group and its contributing authors strive to make the information on this blog as timely and accurate as possible, neither party makes any claims, promises or guarantees about the accuracy, completeness or adequacy of the contents of this site, and expressly disclaims liability for errors and omissions in the contents of this site. All content is subject to copyright and may not be reproduced in any form without express written consent of The Rodman Law Group.