CBD-based drug Epidiolex will be scheduled at Schedule 5, the lowest level of drug scheduling. 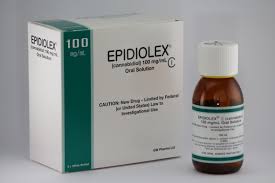 The Drug Enforcement Administration (DEA) has rescheduled the cannabidiol (CBD) based drug Epidolex, but limited the rescheduling to exclude all CBD products. Epidiolex will be scheduled at Schedule 5, the lowest level of drug scheduling under the Controlled Substances Act (CSA).

Epidiolex, manufactured by GW Pharmaceuticals, received Food and Drug Administration (FDA) approval in June. Epidiolex is intended to treat two rare forms of epilepsy which emerge in childhood and are notoriously difficult to treat. Epidiolex will be made available by prescription through traditional pharmaceutical channels (i.e. drugstores) to patients two years of age and older who suffer from Dravet Syndrome and Lennox-Gastaut Syndrome.

The FDA’s approval of the drug in June forced the DEA to reschedule the drug, as marijuana is still considered a Schedule 1 drug under the CSA. Schedule 1 indicates that the drug has the high potential for abuse and no currently accepted medical use. The rescheduling of Epidiolex to Schedule 5 indicates that the drug has a low potential for abuse and an accepted medical use.

The approval gave the DEA 90 days to reschedule. At the time of the approval, the DEA’s Public Affairs Officer, Barbara Carreno, told Business Insider, that CBD “absolutely has to become Schedule 2, 3, 4, or 5.”

The DEA rescheduling of Epidiolex is a narrow decision, not applying broadly to CBD in general. “Specifically, this order places FDA-approved drugs that contain CBD derived from cannabis and no more than 0.1 percent tetrohydrocannabiols in schedule V.” This narrow rescheduling applies only to products approved by the FDA which contain CBD and no more than 0.1 percent THC, which means that CBD itself remains classified under Schedule I because of the draconian “marijuana extracts” drug category that currently exists as an unfair and unscientific catchall.

The DEA’s publication clarified: “As further indicated, any material, compound, mixture, or preparation other than Epidiolex that falls within the CSA definition of marijuana set forth in 21 U.S.C. 802(16), including any non-FDA-approved CBD extracts that falls within such definition, remains a Schedule 1 controlled substance under the CSA.” The DEA also indicated that people who handle those items will still be subject to CSA and DEA regulations regarding those substances.

The DEA document is scheduled to be published on the Federal Register tomorrow, 09/28/2018.

This is a monumental moment for cannabis and cannabis extracts, with the DEA noting that “This is the first FDA-approved drug made from the cannabis plant.” Note: Marinol, a drug approved by the FDA in 1985, contains a synthetic form of dronabinol (which is an isomer of tetrahydrocannabinol [THC]), is excluded from consideration as being cannabis-based because the active ingredient in that drug is synthesized and not obtained from naturally occurring THC from cannabis. This is also the first admission by the DEA that drugs derived from marijuana have any medical value.

“We are pleased that the DEA has placed Epidiolex in the lowest restriction Schedule, because it will help ensure that patients with LGS and Dravet syndrome, two of the most debilitating forms of epilepsy, can access this important new treatment option through their physicians. With this final step in the regulatory process completed, we are working hard to make Epidiolex available within the next six weeks as we know there is excitement for a standardized version of cannabidiol that has undergone the rigor of controlled clinical trials and been approved by the FDA.”

The company’s shares increased significantly after the announcement. Their stock, GWPH, was up as much as 10% today, reaching an all-time intraday trading high of $179.65. MarketWatch indicated that the trading volume was about “four times the full-day average.” The stock closed up nearly 7% at $174.50.

GW Pharmaceuticals has priced Epidiolex at roughly $32,500 annually for treatment, which is in line with other industry medicines for similar types of epilepsy. Given the cost, many patients will have to wait to see if it will be covered by insurance companies, a decision that does not fall under the FDA, but rather the Centers for Medicare and Medicaid Services. That agency is responsible for determining whether or not drugs can be included for those who receive federal health benefits.

However, it remains unclear how this rescheduling of Epidiolex will affect the booming CBD market in the United States. CBD-based oil, lotions, pills, consumables, and other products are increasingly more popular in the market, and while they have been illegal and will remain illegal, a DEA spokewoman told CNBC that “the DEA typically does not pursue, or enforce the law against, individual users.”