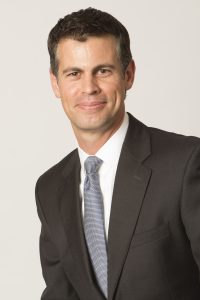 Mr. Baumgartner has been assisting clients in resolving disputes for more than 20 years. Over that time, Chris has litigated hundreds of cases, focusing primarily on business, intellectual property, real estate, and construction disputes. As a litigator and “problem solver” an ever-increasing portion of Mr. Baumgartner’s practice is in an advisory role to clients.

Formal litigation culminating in a trial, with its attendant expenditure of time and costs, is rarely the most efficient way to resolve a dispute. In almost all cases, the most efficient resolution is to identify and address the problem before it reaches the point where litigation is inevitable.

Mr. Baumgartner strives to develop relationships with clients where he is more than just the lawyer they call when they have a serious problem. He looks to become a trusted adviser clients consult with before problems develop. This relationship enhances his ability to foresee clients’ challenges before they arise and allows him to work proactively with them to devise strategies that minimize or potentially avoid the likelihood of litigation altogether.

Mr. Baumgartner is a graduate of the National Institute for Trial Advocacy’s National Session and the Downtown Denver Leadership Program. His litigation experience earned him the recognition of being named a “Rising Star” in 2009, 2010, 2011, 2012, and 2013 by Colorado Super Lawyers, a designation given to the top 2.5% of attorneys in Colorado based on peer recognition and professional achievement.

When Chris is not helping clients, he enjoys live music, exploring trails by mountain bike and motorcycle, and traveling as often as possible.