The Rodman Law Group has been providing legal counsel to the cannabis and non-THC cannabinoid industry since 2014. During that time, we’ve assisted clients in both the marijuana and industrial hemp spaces to grow their businesses, apply for licensing, and assisted with regulatory compliance for all of their business endeavors.

There are already pharmaceutical drugs on the market that utilize synthesized cannabinoids, including Dronabinol and Cesamet, and naturally occurring Cannabidiol (CBD) has been approved for use for certain forms of epilepsy by the FDA in the drug Epidiolex, but there are far more that exist in nature that have yet to be studied. Cannabis plants are selectively bred for their cannabinoid content. Low-THC/high-CBD strains are bred for use in the industrial hemp industry or for CBD extraction, whereas the recreational cannabis market has bred high-THC and/or high-CBD strains for medical and recreational consumption.

Here’s a list of the most common cannabinoids found in the Cannabis Sativa L. plant:

Tetrahydrocannabinol, or THC, is the chemical the causes virtually all of the psychotropic effects associated with the consumption of cannabis. Marijuana generally contains between 5-20% THC content, but with the rampant advances in marijuana cultivation due to the recreational markets, some premium strains can have up to 30% THC.

Marijuana purchased legally in the US (in the states where medical and/or recreational cannabis have been legalized) is thoroughly regulated, and frequently tested to ensure that the product meets strict regulatory standards. 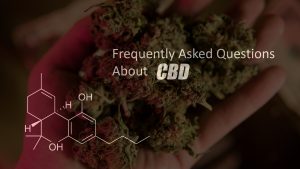 One of the most commonly mentioned cannabinoids is cannabidiol (CBD). CBD has been shown not to have any psychotropic effects, and it’s touted as having significant and wide-reaching medicinal benefits. CBD has been found to have anti-anxiety, anti-inflammatory, and analgesic effects.

Currently, there is no regulated CBD market in the United States, which often means that it can be difficult to regulate the products to control quality. However, this does not mean that a CBD business hasn’t gone through significant testing to ensure that the product is as labeled.

CBD itself is not listed within the CSA schedules of controlled substances. However, CBD derived from parts of the cannabis plant that have not been exempted by the CSA is still considered a Schedule I substance.

Keep in mind that Cannabis Sativa L. describes both hemp and marijuana plants (we will put aside the discussion of Indica and Ruderalis for the moment). Generally speaking, a cannabis plant containing less than .3% THC is considered hemp, whereas what we think of as “marijuana”  is defined as a cannabis plant that has a THC concentration of .3% or more. 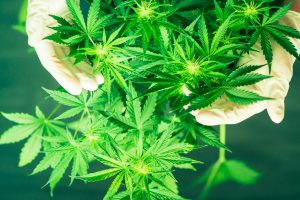 Whether you’re curious about a CBD business, want to grow industrial hemp, or want to learn more about the booming cannabinoid industry, we are here to offer insight, guidance, and legal services. Contact us today to schedule a consultation so we can learn more about your business plans and assess the best path forward!