Jeff Sessions and His Not-So-Secret Agenda

Cannabis is an American product; it is made in America, by Americans, for Americans. It can’t be outsourced, downsized, or completely automated. It is an environmentally sustainable industry. It is providing jobs for people who have lost them to companies overseas or automation. It may be the single most patriotic, and truly American, industry this country has ever produced. It is our job to force lawmakers to understand that. 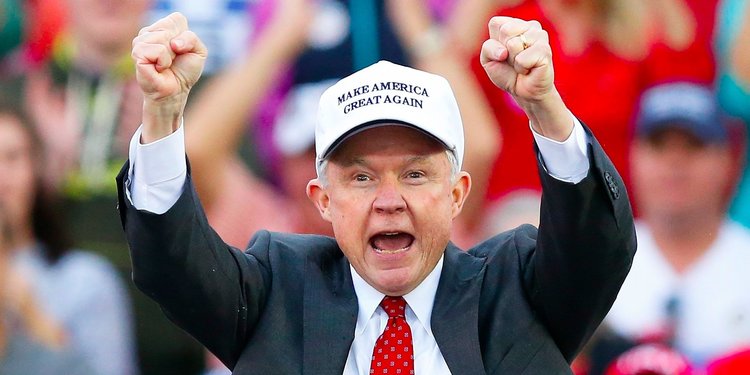 It appears that the other shoe has finally dropped. This week Attorney General Jeff Sessions called on congressional leaders to “reconsider their support” of the Rohrabacher-Farr Amendment. In typical Trump administration fashion, i.e. in secret and against the will of the American people, Sessions wrote a private letter to Senators Mitch McConnell and Charles Schumer, Speaker Paul Ryan, and Representative Nancy Pelosi, in which he stated:

As you know, the most recent continuing resolution contained a rider that restricts the Department from using appropriated funds to prevent certain states ‘from implementing their own State laws that authorize the use, distribution, possession, or cultivation of medical marijuana,’ even though marijuana remains unlawful under the Controlled Substances Act.”

Mr. Sessions’ letter comes as no a surprise to anyone in the Green Industry. We have known about Mr. Sessions’ views on the “Evil Drug” known as marijuana. His views are so extreme that he has been quoted saying that he thought the KKK was “OK until I found out they smoked pot.” Setting aside the sheer lunacy of that statement, and the complete cluelessness of Mr. Sessions (in general and in regards to cannabis specifically), we would like to address the realities of his letter to Senators Mitch McConnell and Charles Schumer, Speaker Paul Ryan, and Representative Nancy Pelosi.

To explain the impact this letter could have on the Green Industry, a little background information is necessary. Since 2014, Congress has specifically prohibited the Department of Justice from using federal funds to arrest, investigate, prosecute, or interfere with medical marijuana cultivators, manufacturers, retailers, or investors or to prevent any state with legalized medical marijuana from implementing its own state laws that authorize the use, distribution, possession, or cultivation of medical marijuana, or from conducting independent cannabis based law enforcement actions in those states. This prohibition is formally known as the Rohrabacher-Farr Amendment (the “Amendment”) and it is a rider in the federal omnibus spending bill. The Amendment doesn’t make cannabis legal; however, it provides a sort of de facto immunity that protects industry participants who follow their state’s laws on medical cannabis. In Colorado for example, all cannabis businesses are protected by the Colorado Constitution, specifically Amendments 20 and 64. In order to re-criminalize cannabis at the state level, the citizens of Colorado would have to place an initiative on the ballot (gather over 100,000 signatures) in the appropriate election year where Colorado votes on constitutional changes.

With that background information the obvious first first question is: how likely is it that the new omnibus bill will not contain the same Amendment or similar language? Industry lobbyists have expressed optimism that the final bill passed by Congress will include the Amendment, and there have been strong majorities in both the House and Senate in favor of the Amendment and its protections. From a practical standpoint, public support for medical marijuana, and state marijuana law in general, is overwhelming and the majority of Americans support its use. The Rodman Law Group hopes that members of Congress will respect the will of their constituents and the American public.

Concerned clients have asked us repeatedly how hard it would be for the Amendment to revoked. Unfortunately, it is not a difficult process for Congress to abrogate the Amendment. It is up to the Appropriations Subcommittee chairpersons to determine whether the language is included in the 2018 Fiscal Year in the relevant measures that will be introduced this session. If the language isn’t included, it is then a matter of industry friendly congressmen and congresswomen to secure votes in committee or on the House floor to add the Amendment, or something similar back in. We would hope that the legislature would take this opportunity to show their constituents that they share the same beliefs on this vital issue by taking the affirmative step of removing the word “medical” from the new bill so as to expand the provision to all state regulated cannabis, or by supporting the McClintock-Polis Amendment, which is an amendment that would serve to protect all state marijuana laws. It is important to note that the Rohrabacher-Farr Amendment only applies to state medical marijuana laws. This means that it does not apply to, and affords no protection for, state legal adult-use cannabis in Colorado, Washington, Oregon, and Alaska.

The next question one might have when considering Mr. Sessions’ actions is how afraid should participants in the industry—or those about to enter the industry—be about the failure to include the Amendment in the bill. In other words, what happens to all the people who have put their entire body and soul into their businesses? Are they going to lose everything they have worked so hard to achieve? It is our belief that the elimination of the Rohrabacher-Farr Amendment, taken alone, does not mark the end of the Green Industry. Again, there is currently no protection whatsoever from Federal law for recreational cannabis in any state. Up to this point, the Department of Justice has demonstrated respect and restraint for the state laws in place.

That being said, this letter should serve as one final wake up call for cannabis business owners, employees, investors, attorneys, advocates, customers, and patients: the war is not over, all of the progress the industry has made can be slowed, if not stopped all together. Now is the time to get more involved in the legislative process, now is the time for letter writing, phone call making, and email sending. Now IS NOT the time to be complacent. We are less than half a year into the Trump Administration and we are already facing a serious existential threat. The Rodman Law Group urges all of our friends, clients, and associates to take the initiative and reach out emphatically and repeatedly to their U.S. senators and representatives to demand that they support the Rohrabacher-Farr Amendment, as well as the McClintock-Polis Amendment. It is important that the people in power in Washington understand that there are business owners in their districts creating jobs, generating tax revenue, spurring economic activity, lowering crime, and healing patients. This is an American product; it is made in America, by Americans, for Americans. It can’t be outsourced, downsized, or completely automated. It is an environmentally sustainable industry. It is providing jobs for people who have lost them to companies overseas or automation. Given its history dating back to the revolutionary war, the enormous part it played in the Allies’ victories in WWI and WWII, and its current living embodiment of State’s Rights, cannabis may just be the single most patriotic, and truly American, industry this country has ever produced. It is our job to force lawmakers to understand that.